Indeed have recently released a plug in for Facebook in the latest part of their battle with Google for Jobs. However, when I tried to set this up for a couple of clients, the API required can only be installed on Facebook pages with over 2000 likes. Not a huge amount, but significantly more than many pages I've come across.

It got me thinking though… in a time when we all need to pivot and adjust, could *right now* be the time for another huge social media land grab away from more traditional routes? And of course, how can organisations who've seen social as the poorer cousin of job boards / Google ads for far too long, start to make inroads and catch up with their competitors.

Firstly, I think it's really important to understand why some people still don't see the value in social…

It doesn't have a monetary value: the weird phenomenon that if something is free, no matter how good it is, people won't value it. Imagine the pitch - there's a website that is free to host, free to own, free to update, largely customisable, gives you direct contact with your audience and has nearly 45 million users in the UK. Oh, and when you *do* start to use any of the paid advertising elements, you can spend as little as £10 a day?

It's just full of memes: Yep, just like the TV was a knock off version of the Radio that would never catch on, and newspapers before that. The algorithm, even with it's frustrations, is a meritocracy (organically at least). If you put out good content, people will engage.

People don't use social media to look for jobs: Maybe not, but they do use it for an average of 1-4 hours per day, and you're always looking at ways to get in front of that “passive” audience, right?

Can you tell I'm a fan of social media yet?

But why now? Why not when all this blows over?

Evidence from previous recessions shows that organisations across pretty much every sector who maintained or increased their advertising / marketing spend came out of the other side better off than those who slashed budgets. It's an important lesson to take on board - and whilst I'm no economical expert, I'd hedge my bets that investing in social media now (even the free stuff) whilst people are having more screen time and craving content / security more than ever is going to be a move that pays off.

Over the past few weeks, we've seen engagement and followers on the more active profiles sky rocket (particularly in the industries key to getting us through Covid-19). With some page followings doubling in March, and engagement going through the roof.

But don't just post for the sake of posting. Test thing out, Try different types of content, different styles, messages, calls to action. And learn from the data the platforms give you. Facebook and Twitter in particular give brilliant insight into who your audience is and what they engage with. If you can take this info and reverse engineer it into influencing your future content, you're onto a winner.

It's also a great time to experiment with Ads. Again, dead easy to use and Facebook/Instagram especially are particularly economical, especially when compared with LinkedIn (sorry if there's a LinkedIn person reading this - but you are more pricey) or out of home / print media. When budgets are tight demonstrable ROI is paramount - social ticks the boxes.

What next? What about when we're back to normal.

I, for one, have had enough of doom and gloom news stories, important as they are. And over the last few weeks on social I've seen a massive shift towards positive messages and uplifting stories coming out of the most weird and wonderful situations. It's for this reason that I'm looking forward and trying to figure out what's coming next and how to get ahead of the curve.

My big thought here is that for the 'social media winners' coming out of this situation, if that's the right term to use, are going to come out of the other side of this with large, engaged audiences and it's going to be a bun fight to keep their attention when things go back to 'normal'.

The same will apply for talent - that same talent that's currently looking for a new role, engaging with new organisations, or even on furlough worrying if their role is going to be there when the fog lifts. That all makes now the perfect time to start building and nurturing talent communities. A captive (almost literally) audience that you can curate and add value to in the coming months is going to be a huge asset going forward.

The most important thing for me here is that now, more than ever, the actions of a consumer brand are going to have massive impact on employer brand reputation, and vice versa. There's going to be negatives amongst the positives on your platforms, so it's important that you identify and manage these now - get ahead of them.

A great example of this came when we compared two retailers' social engagement - one had tens of thousands of engagements and followers were through the roof, and the other still had growth, but nowhere near the scale of the other. However, the second organisation had much more positive engagement, was engaging and managing conversations better and was an overall more positive page to be on. This, I believe, will play a huge part in their social media success on the other side.

All in all, the message from me is pretty simple. Social media usage is going to continue this spike until we're allowed outside again. But it's not going to last forever. Eventually things will go back to 'normal', your budgets and time will be elsewhere. There will be big winners, small winners and people who miss the boat entirely. The spike won't last forever, so don't miss out on it. 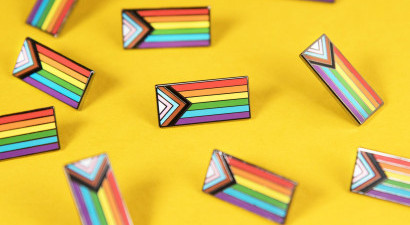