*WANKY MARKETING PHRASE ALERT* (feel free to play bullshit bingo throughout the rest of the article too..)

The other day I was joking with another friend who works in marketing about some of the phrases we all use, and sometimes hate ourselves for using. But we still do use them because we know it sounds good, and sometimes is actually the best way to describe something.

One of these (which he agreed was top marks for bullshit) was allowing members of an audience or target group to “self de-select from the process”. For any of you less au fait with this lingo, it basically means when somebody sees an advert that *might* be aimed at them, but if it's not quite right for them (wrong time, message, personality etc) they can consciously or unconsciously opt out.

What got me thinking about all this was a recent job advert on Twitter from Innocent Drinks. It was a fun and playful way of promoting a new opening in their creative team, which will have been deliberately crafted to put off creative talent who might be a bit more on the safe side - allowing them to “self-deselect” from the process, and meaning that Innocent get applications from a type of person more suited to their culture.

It's a phrase and a justification for decisions I've used throughout my marketing career, but it's become more prominent than ever since moving into the employment sector…

Organisations often want to push the envelope with their messaging and their creative in order to attract the “right” candidates who will fit in their organisation and take everyone to the next level. I personally think that this is great - it means that businesses attract the right staff, and people apply to the right jobs. A win-win, right?

However, in some instances, when organisations see just how far the envelope has been pushed, they can often err on the side of caution and go for a 'safer' option. And who'd blame them? They're there to do a job, and if they get it wrong, their neck might be on the line!

In an age where many roles are more competitive than they've ever been before, it's important for organisations to attract and recruit the right person for the role and their culture, first time. By thoroughly understand the personality of your organisation and deploying this across your recruitment comms, you really can be more targeted with content and allow people to “self de-select” on their own accord. Hopefully saving you time and money in the process!

Annoyingly, we've just finished some recruitment branding for a client that would be an even better example of this in an even trickier sector (sorry Innocent…) but it's not quite ready to shout about yet! I'll be sure to update you all when it is…

In the time I've been with Chatter I've worked with some amazing clients like O2, FirstGroup, ITV and Shop Direct. My background is in Youth Marketing and the move to People Communications was a no brainer - I get that cliche warm fuzzy feeling knowing that the work I'm doing is having an impact on people's lives. Originally from Lancashire, I made the switch across the pennines in 2007 for University and never really looked back. Despite being here for over 11 years, Paul still likes to remind me of my roots. I'll give them their dues though, they make a cracking brew over here. I'm a bit of an amateur sportsman and love playing basketball, picking heavy stuff up at the gym. I'd like to describe my music taste as eclectic, but really it's just a bit crap. 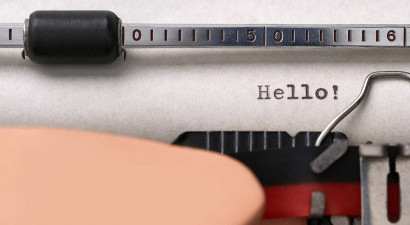 A message from us to our friends in HR…

We just wanted to let you know - you’re doing an awesome job. 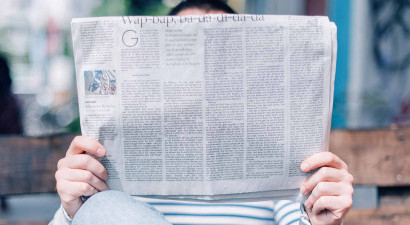 Given my shocking performance last year, I decided to take a break for a year and enjoy Jurgen’s mentality monster Reds steamroll anything that stands in their way.