A lot can happen on your way to Belfast. In the time it took to sleep through a 4:30am alarm and scramble through security at Stansted, Pochettino got given the boot from White Heart Lane. And even more surprisingly, Jose Mourinho rose like Icarus - shark eyed and undying as the messiah of boring football, overspending on unnecessary squad players and alienating, well, pretty much everyone.

That’s not the only change that’s taken place in the three months since I left Chatter for pastures new. Somehow, completely by accident and with my focus solely on the intra-company bowls tournament at my new employer, I’ve risen up to second in the fantasy football league. Which is why I was asked by Lisa to return as a guest columnist for one week only! 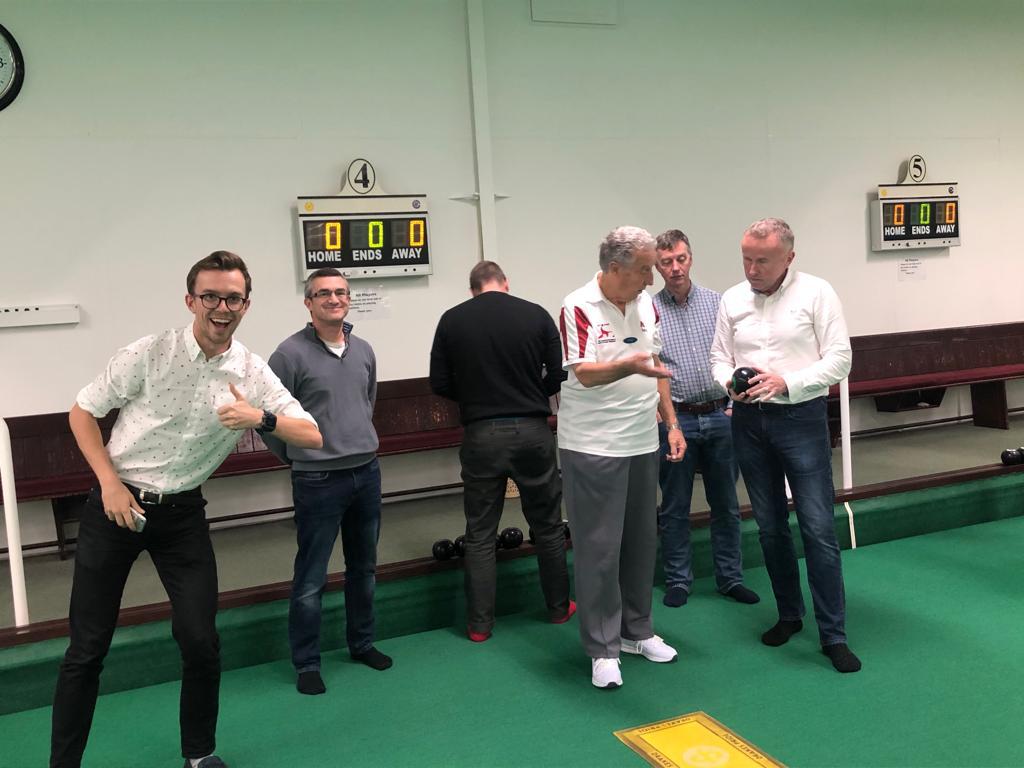 With a squad built around reasonably-priced Leicester pieces, complemented by Liverpool stalwarts and a couple of annoyingly likeable Chelsea players, this could be the year that I return to glory.

In my way is high-priced summer signing Richard “SexDrugsCarltonCole” Williams from Austin Fraser. A loyal West Ham fan, Richard is reportedly excited to be part of a football competition with some atmosphere - a delightful contrast to his weekend visits to the antiseptic Olympic Park Stadium.

Down in ninth, Lisa “Bratford Beatch” Pearson is delighted to be spending more time under her personal trainer, Ben “0 1 2 1 do 1” Dunnill.

Languishing towards the bottom of the league is Harry “Flying Without Mings” Milton. With Ipswich dropping a step further down the football pyramid last season, Harry’s focus is understandably away from quality football. Time has to be spent planning those glamour away trips to football hotbeds like Fleetwood, Accrington and Shrewsbury.

So with the international break coming to an end, don’t forget to look at your lineups for this weekend. And keep your fingers crossed that Jamie Vardy keeps up his fantastic run of form!

We do all sorts of smashing stuff! Why not have a look around and see what our clients have to say about us?

More thoughts from us

The ‘Second Office’: A Round Table Discussion on Hybrid Working

In an open floor setting hosted by our very own Paul Ainley, we considered the pros and cons of the second office and what we’ve learnt along the way.

Chatter Blueprint: How to sell your brand

Your EVP is your sales pitch. When you’re speaking to candidates or advertising a role it is your opportunity to tell them why they should apply and what they can expect when working for you.

The state of the HR Nation: Chatter’s 2022 Client Survey

For HR teams the last few years have thrown up challenge after challenge. The perfect storm of a global pandemic, furlough, hybrid working, the Great Resignation and a competitive recruitment environment where the number of vacant jobs exceeds those job hunting for the first time since records began.

We believe that all people have talent. And we think that every business and organisation can do amazing things when they engage with that talent in the right way. So, if you’d like to talk about what we can do for you, your business, and your talent, we’d love a chat. And if you’d like to stay up to date with what we think, create and do then sign up for our newsletter, too.