It’s lonely at the top. It feels like I’ve been there all season.

In reality I haven’t, but the facade I find myself in is down to another league… the premier league.

You see, I was born with a pre determined ailment, something I’ve had to endure through childhood, my teens and now, adulthood. And like a limp on sports day, it’s held me back on multiple occasions.

I got used to finding joy in the smallest things, throwing myself head first into the most mundane of tasks as a distraction from my predicament. I had a weird obsession with running round the garden until dizziness got the better of me and counting the blades of grass on a field around 3pm on a Saturday.

You see, I’m a West Ham fan and they make me miserable.

There you go I said it.

I think it’s time I face the music and come to terms with who I am and what I always have been. Year on year I buy a season ticket, fuelled with the hope and expectation that this year will finally be the year we get past the 4th round of the FA Cup avoiding a Welsh upset or that we’ll finally buy a world class player and keep him more than 18 months.

But then it happens, around 5 games into the season. A streak so filthy the Daz washing powder challenge would run a mile. The inevitable 5 game winless run to show us how utterly crap we really are.

But why does this have anything to do with fantasy football? Well it’s all in the name - Fantasy.

For years I have used it as a form of escapism. The euphoria of a captain hat trick, a clean sheet from the player I was so vehemently  ridiculed for choosing in the lads whatsapp group. I can’t change my football team, but I can sure as hell build my own and find happiness in the outcome.

I’m not ashamed to admit that I’ve been using my time spent watching visiting teams to the London Stadium to scout the best talent. I got in early with the likes of Soyuncu (Leicester), Lundstram (Sheff Utd) and McGinn (Aston Villa), some of my best players this season.

In Fantasy football it’s all about the differential. We all have the likes of Mane, De Bruyne and Sterling but much like the story of my life, it’s finding happiness in the smaller things that can often be the difference!

Last year was the year of the defender. I won more points through my back 5 than I did from the top half of my team. This year I had to adapt. Liverpool have started shipping goals, City even worse. My reliance on the likes of Mane and Vardy is concerning whilst reassuring. They’re consistent but when will it stop!? I’m constantly on the edge. Constantly skirting the possibility of a West Ham loss coupled with a 25 point week.

So don’t judge me when I trawl the forums of Leicester and Liverpool desperately searching for team news, or when I’m sat in a cold lifeless stadium making notes on the mood state and athleticism of the opposition players, it’s what keeps me sane. Christ, I’ve even cancelled events to sit and listen to football podcasts whilsts furiously thumbing Twitter for insight.

It keeps the wolf from the door.

So if you do see me slip to a lowly second, and you happen to hear Jeff Stelling scream “There’s been a goal at the London Stadium”, pray it’s a West Ham goal.

Because if it isn’t, you’re likely to see me in that garden again, running for my life. 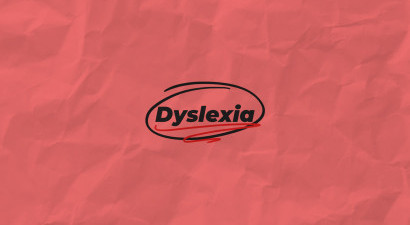